A Black Bloc anarchist protestor smashes the windows of a limousine with a hammer during the mayhem on Inauguration Day near Franklin Square on January 20, 2017 in Washington, DC, USA. 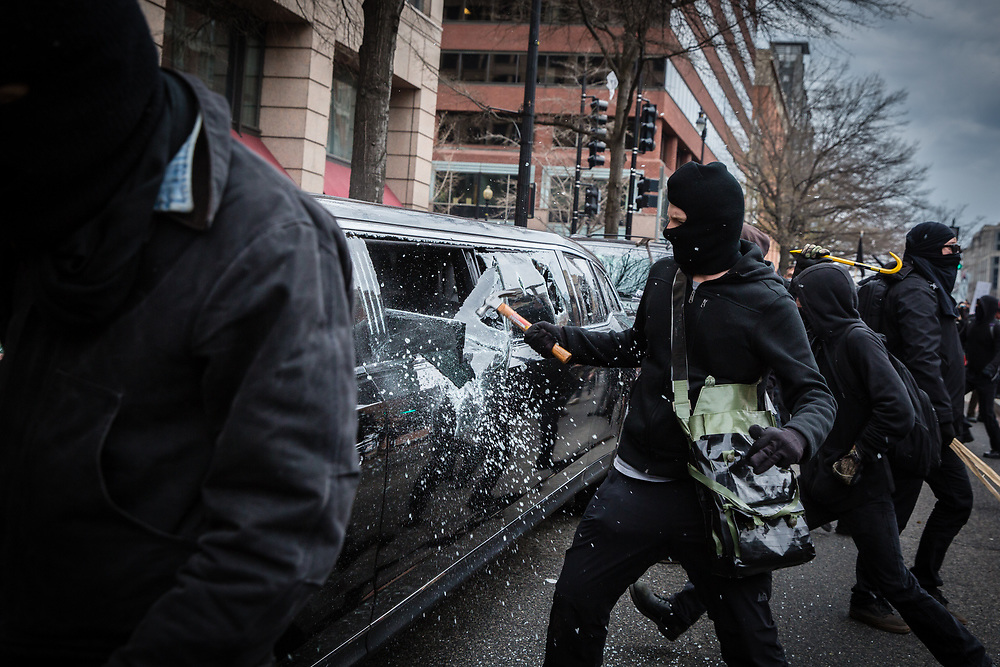