A police officer dressed in riot gear trips as he attemps to pepper spray Black Bloc anarchist protestors during the mayhem on Inauguration Day near Franklin Square on January 20, 2017 in Washington, DC, USA. 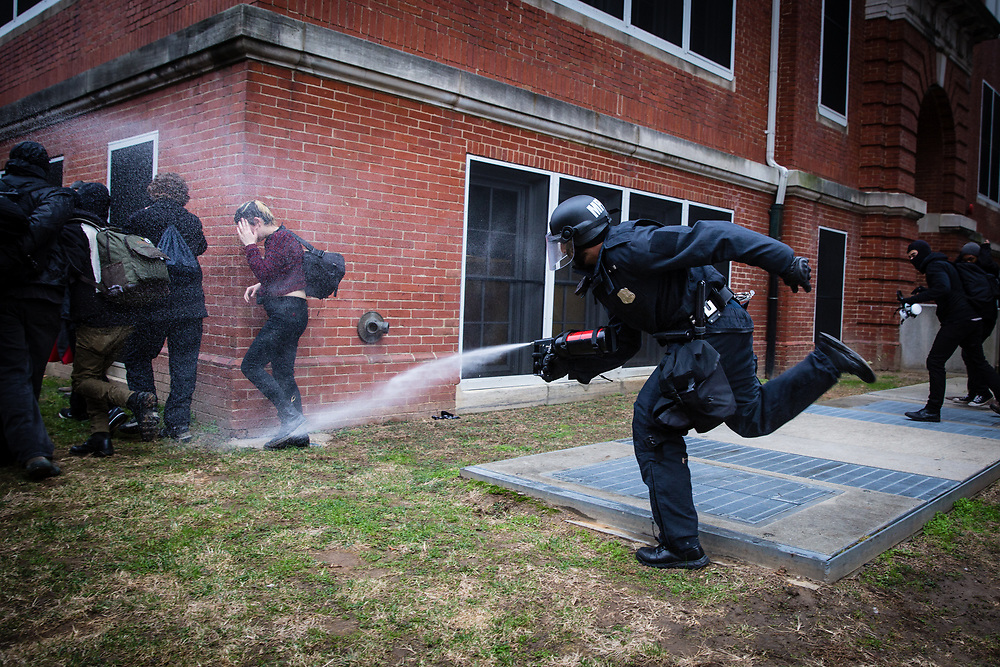