Stormy Daniels aka Stephanie Clifford causes the press corps to fall over themselves as she arrives at the Manhattan Federal Courthouse at 500 Pearl Street in downtowm, Manhattan on Monday April 16 2018 in New York City, USA.

Daniels, attended a hearing with Michael Cohen out of concern that none of the documents seized in raids on Cohen's property were tampered with or destroyed.

The adult actress had previously received a $130,000 hush payment after an affair with Donald Trump in 2006 which had been negotiated by Michael Cohen, a few weeks before the 2016 presidential election. 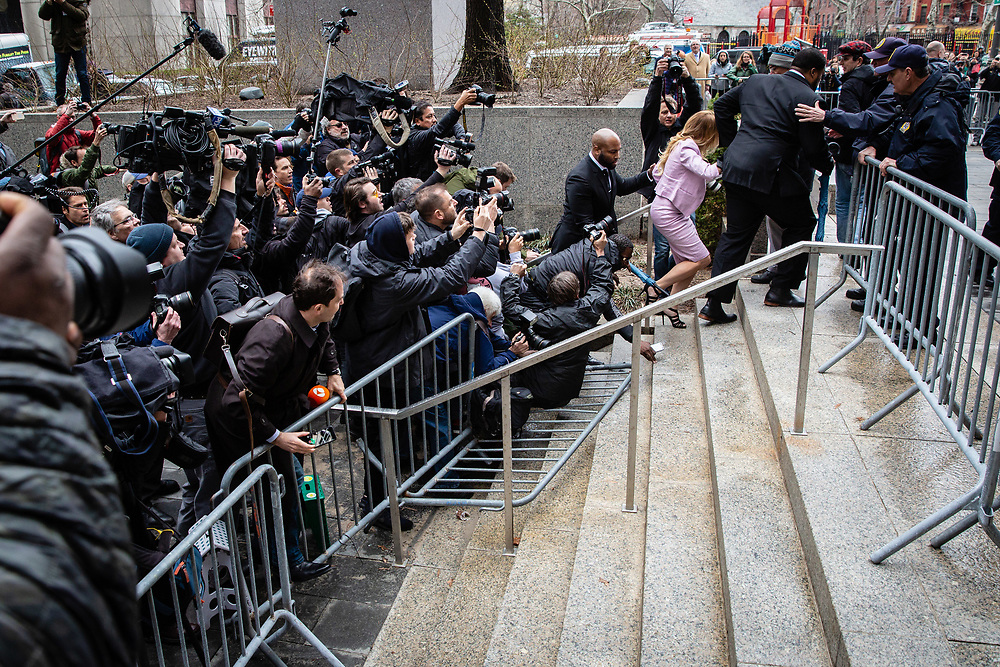